The European Championships are underway – four English teams have flown to Madeira to compete in the Open, Womens, Mixed and Seniors events. We wish them all the best of luck. I’ve been to Madeira a couple of times – it’s a refined island, although the second time that I visited I noted the encroachment of all the leading fashion names into Funchal city centre, replacing local stores. Our players, however, won’t have much time for tourism or fashion shopping, so whether what’s on offer is Gucci ties or hand-knitted yoghurt is a matter of some indifference to them.

Last week I went to Northampton, for the official opening of the new Northampton Bridge Club. I had been invited by Richard Gibson (pictured at the reception desk) and greeted by Richard Tickle, club chairman. It’s a splendid club, and it has grown out of a genuine community spirit. I also met (pictured, L to R) Dave Smith, a committee member and one of the prime movers behind the acquisition of the premises, John Josephs, a recent trustee, and club secretary, Ross Stacey, described, as most club secretaries are, as the person who does everything. Like all clubs or counties, Northampton is only as strong as its volunteers. It seems to me that Northampton is a very strong club indeed, and it was an honour to be invited to the opening. 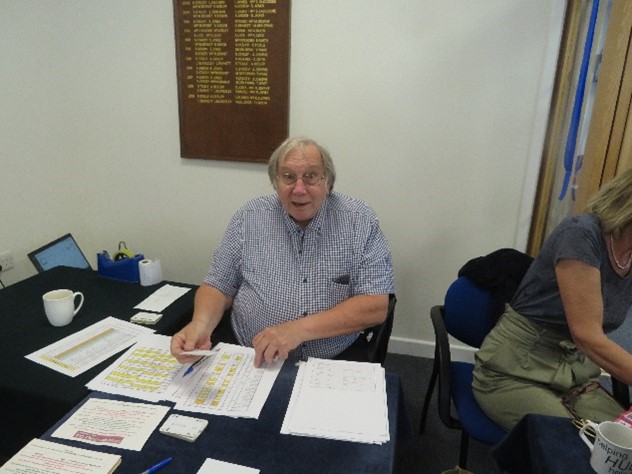 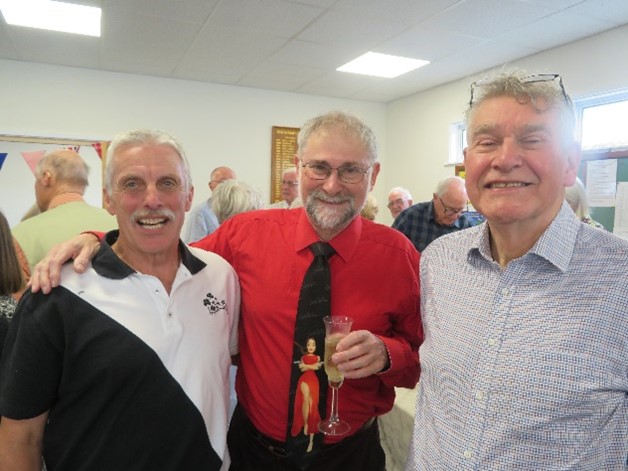 Closer to home, I attended the funeral of Cecil Leighton. Cecil’s achievements are noted elsewhere on this website, but I felt a particular link to him, because he ran the first bridge competition I ever entered, a few decades ago. The London Trophy (predictably, a London event) was a knockout competition for non-bridge clubs (tennis clubs, golf clubs etc) and four of us kitchen bridge players decided to enter under a slightly spurious banner. You were only allowed one player above the rank of Regional Master in your team, but there was no danger of crossing that line in our team. We played our first matches in an office block in London, a house in Westerham and Roehampton club. How we won any of them is a mystery to me, but the event was played in good part by all. There used to be a huge number of teams entered, and Cecil coped with them all, long before the invention of e-mail. It came to light at the funeral that his wife assisted with the admin, and it was implied that “assisted” might have been a bit of an understatement, but never mind: I’m not the only person to have made my start at the bridge table under Cecil’s aegis – a lot of us have much to be grateful for. Of the remainder of my London Trophy team, by the way, two have given up bridge altogether, and one of them is the Chair of Sussex. The team was clearly a heady mix of the power-crazed and deserters.

Another figure who has recently died won’t mean much outside London- won’t indeed mean much outside London rubber bridge circles. Bill Elvin ran the Green Street club off Park Lane for an astonishing 47 years (from 1958 to 2005). I didn’t know him well, but he seemed like a decent man to me. Only one major rubber club in London remains now (TGRs in Paddington). A shame that this form of the game is dying out – it does no harm at the bridge table if occasionally, just occasionally, you have to put your money where your mouth is!

As you may be aware, we have had to reduce the funding available to English Junior teams – the effect of Covid on our finances will continue to be felt for a while yet – and my friend Jeremy Willans has set up a fundraising page. Please help out if you feel that you can, whether as a club, a county or an individual. The response when we raised funds for Juniors a few years ago was tremendous. I’m not expecting the same sort of success this time around – times is ‘ard for everyone, but all support is gratefully received.

We’re getting to the stage where the first people to be disciplined for online cheating will have done their time and will be rejoining the fold if they want to. Please welcome them back. They’ve done their time, they deserve a chance to be rehabilitated into the bridge world if that’s what they want. I don’t buy into this “once a cheat, always a cheat” argument. It’s not the way we do things. People who have been judged to have cheated have paid the price. There is no call for snide comments, nor for refusing to play against people. Both will be offences under Best Behaviour at Bridge.

On a more upbeat note, Eastbourne draws ever closer. The event has changed shape, perforce, so have a look at the revised calendar – if you haven’t already – and see if there’s anything you fancy. My Eastbourne partner asked me if this year we could play in the teams rather than the pairs. “But,” I said “the teams is only one day”.  She looked me in the eye, and said “Precisely”.