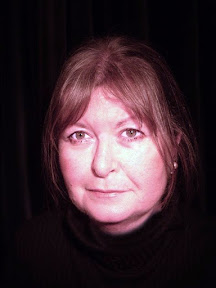 I was born in Rome and like most bossy people I am a Scorpio. I married Giorgio in 1970; the next year we came to Reading for six months – and ended up staying. We have two sons, Andrew and David, and a grandson, little George.

When we arrived in Reading, I knew no English. I learned by translating “The Hobbit” by JRR Tolkien into Italian, watching TV, and reading Agatha Christie novels – wanting to know “whodunnit” was a powerful incentive!

Improving my command of English took a long time, but my students at Reading and Lancaster Universities were wonderful in supporting my efforts. They kept lists of all the mistakes I made, and taught me lots of idioms – not all suitable to polite society. At Lancaster, where I taught Italian drama besides language and literature, the University had its own theatre, so I had a great time directing productions of Italian plays.
After the kids were born, there came a period of being a stay-at-home mum. Well, almost: I did some lecturing at Reading University, voice work for language courses, and translations of various kinds. As the boys grew up, Giorgio and I grew involved with cheering their respective rugby teams from the touchline. As a result, we became avid rugby fans – and keen armchair commentators.

Throughout all this time, there was always bridge. My best partnership was with Ruth Edmondson, and thanks to her we had a series of successes in national women’s competitions. I also got involved in bridge administration, both at club and county level.

As a committee member of Berks and Bucks CBA, I was responsible for editing the County Bulletin. Considering that my only previous experience was as the 16-year-old editor of a student magazine published by the Vatican, B&B CBA took quite a chance on me. I hugely enjoyed the experience, and it stood me in good stead when in 1989 I was appointed editor of Bridge Plus, a much-loved position that I have held until 2007.

Opportunities for more bridge editing came later: I was the editor of Teletext Bridge (Channel 4, TV) for almost ten years; in 2001 I became associate editor at Bridge, and I was also the commissioning editor for Batsford bridge books. It was all very exciting but considering how much time I had to spend every day looking at bridge hands, it will be no surprise to learn that I ended up playing duplicate a lot less than I used to!

Since 2007, when I became the editor of English Bridge, I have been concentrating on this magazine only. In theory this was supposed to entail more free time that I could devote to playing more bridge. But it has not worked out this way: being a perfectionist, I fiddle with English Bridge all the time, and hugely enjoy doing so.

By now you will have gathered that I am a workaholic. Time for hobbies is scarce, but I do enjoy my family, travelling and reading, as well as crochet work – the last one combined with watching rugby matches and films on TV.