On Sunday 3rd April York Bridge Club opened its new purpose-built premises to members for the first time. Members got their first opportunity to experience their new premises at a Members Open Day. The following day the Bridge Club ran its first duplicate sessions and implemented a new sessions calendar.

The Bridge Club had been seeking alternatives premises since 2015. They had outgrown their premises which they had owned since 1999. In the years that followed it looked at numerous building available on the property market. However, competing with developers for a suitable site with adequate parking proved to be unrealistic.

A change of approach resulted in the Bridge Club approaching Sports and Recreational Clubs in the York area. In May 2019 a speculative approach to a local Sports Club was positively received. There was general recognition that, by going into partnership, both organisations could secure their long- term future. Agreement was reached that land next to the Sports Club could be used to build a new Bridge Club. A contract was signed on Christmas Eve 2020 and a team was set up to manage the building project.

Meanwhile the outset of covid-19 led to the then existing Bridge Club being closed for 16 months. An online Club was set up so members could continue to play bridge. Despite covid, the business case for new premises was compelling and work continued throughout the pandemic to deliver the Club’s ambitions. The outcome is a wonderful building which the Club hopes will help it grow in these challenging times for the game of bridge. 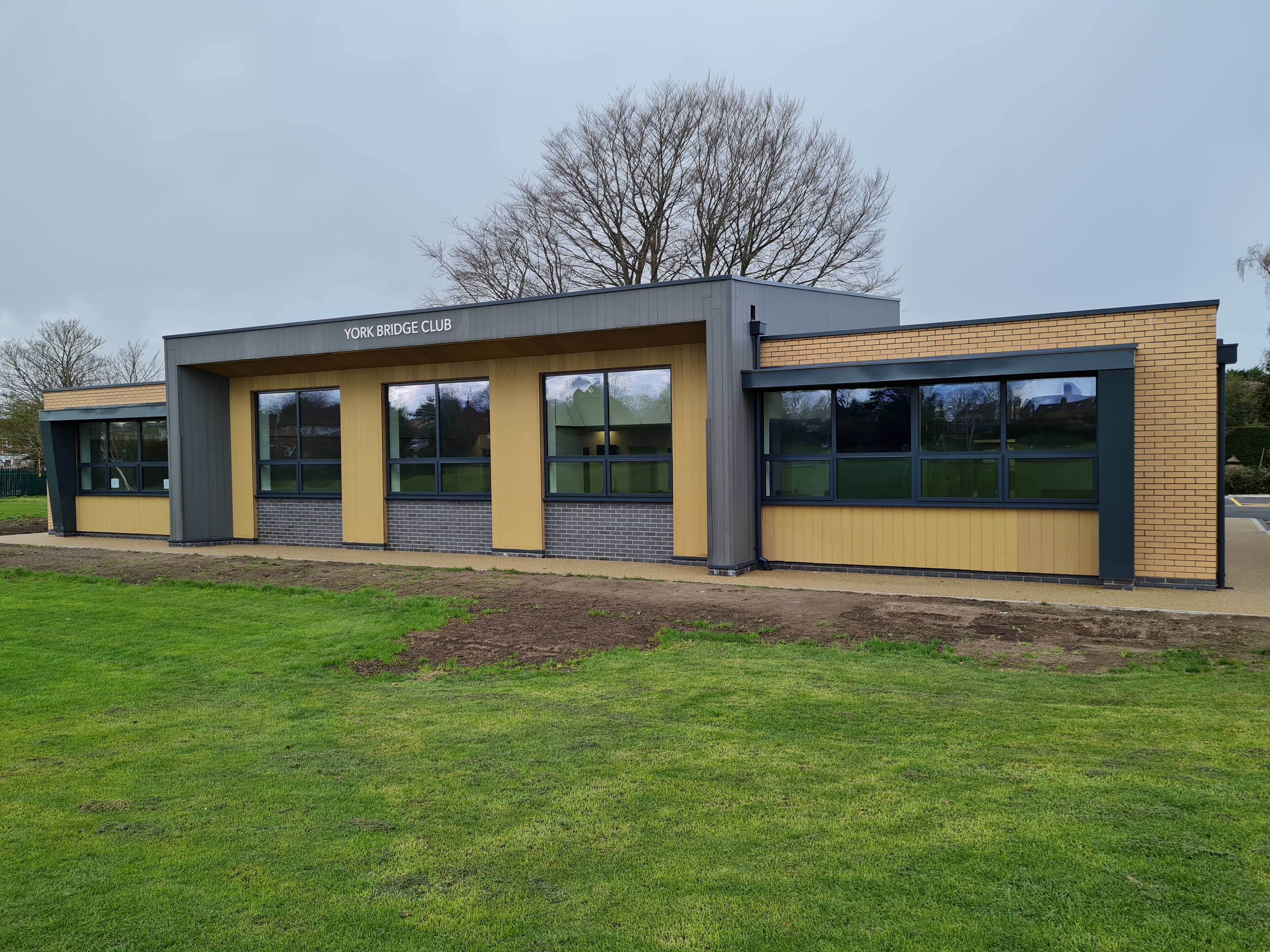