As a captain of a league team, you have the ability to amend your team personnel and submit results for the matches that you play. You do this through My EBU, which is the updated version of the EBU's members area. For help on how to log into your account, see Accessing EBULeague. 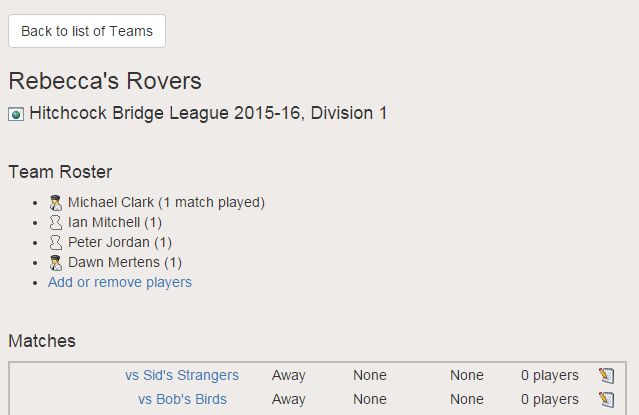 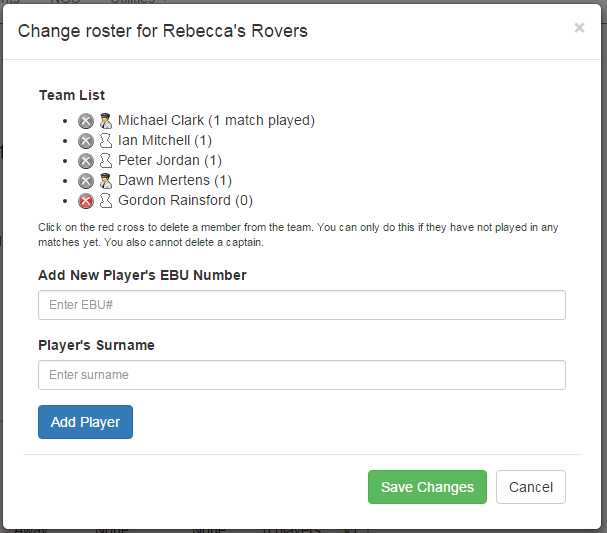 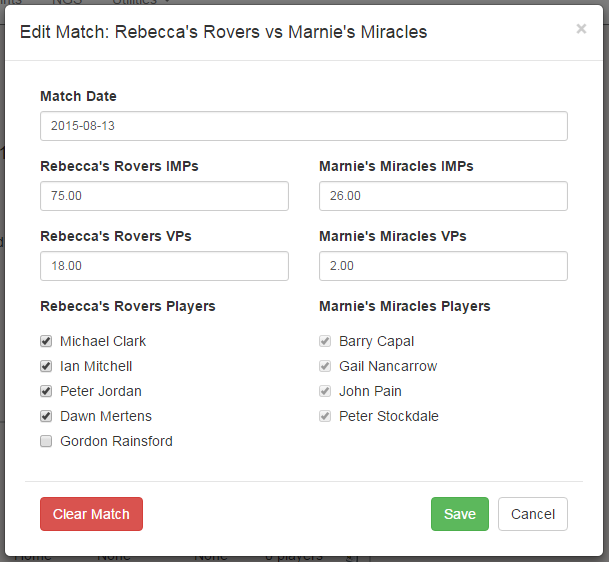 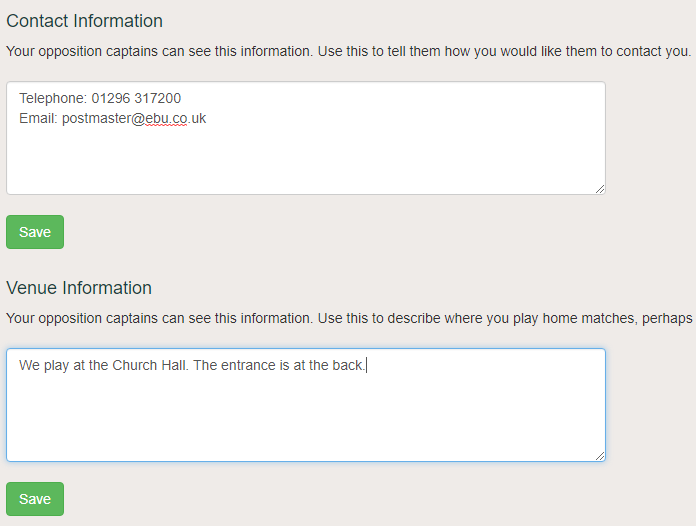 There are two boxes at the bottom of the team page which let captains enter their Contact and Venue information. Anything written in here can be seen by opposition captains when they view a match form, and is useful to let them know how to contact you, or where your home matches are played. Simply type a short message and click Save when you're done.