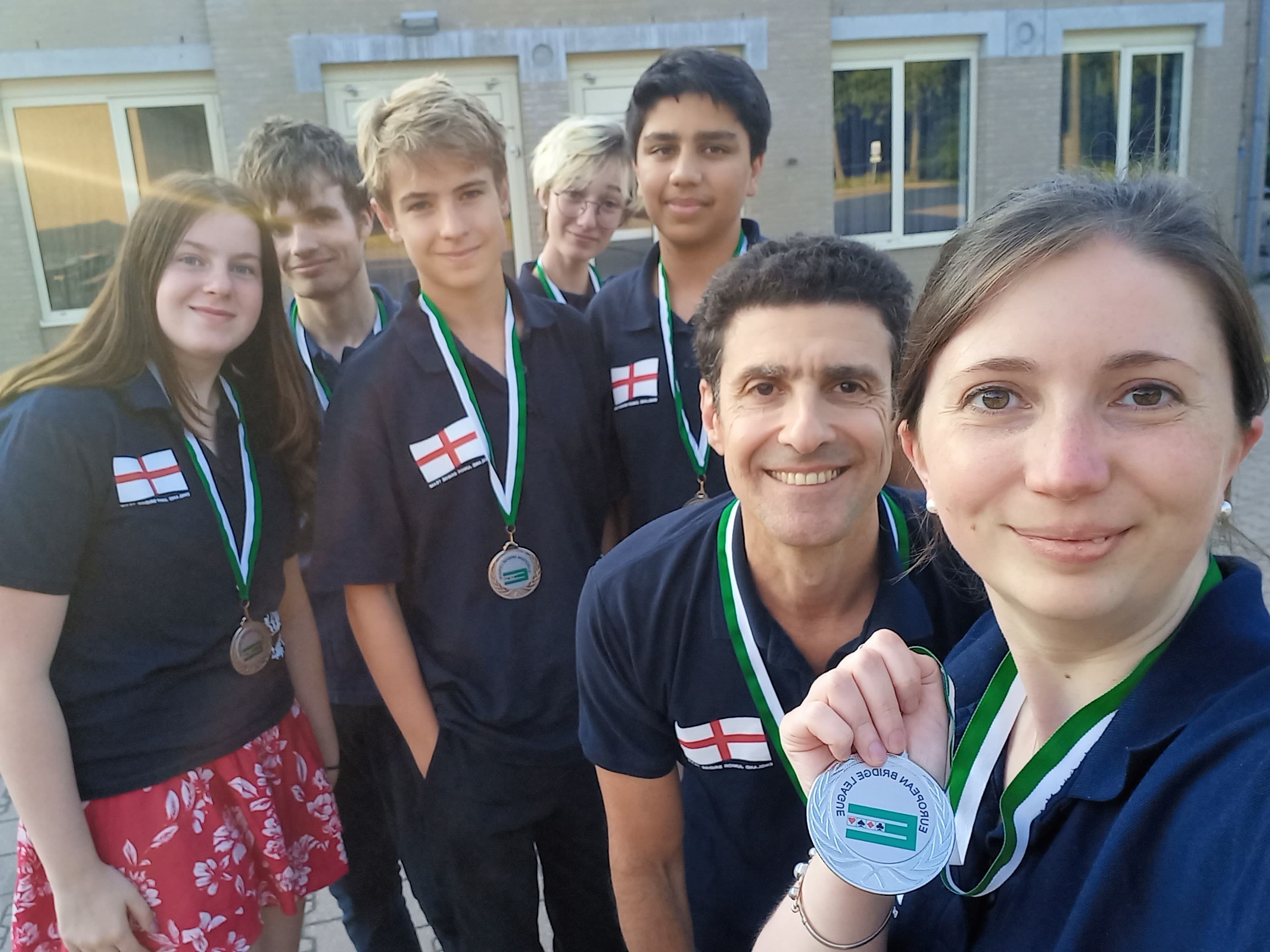 It’s silver! After four days a battling it out, the U16 team has emerged in second place and will be bringing home the silver medal.

It is the best the result in a European Championship since 1994 (when the Hackett twins, Allerton, Townsend, Davies and Souter won gold for Great Britain).

I could not be prouder of this group, who have worked incredibly hard during these strange Covid times of ours and thoroughly deserve this achievement. It has been an absolute privilege to be their skipper. Let me name them once again: Lottie Bedford, Lucy Norman, Tom Furness, Will Battersby and Aman Parekh.

I would like to thank once again the counties which have supported the team: Surrey, Kent, Dorset and Hampshire & IoW. The team promised to do you prod and they did!

The parents, whose support has been vital for the success of the team.

Laura Covill, who has joined the team on the fly and provided them with support and advice at the crucial junctions.
The rest of the squad, who have relentlessly been cheering their mates through WhatsApp.

Alan Shillitoe, the squad co-pilot, who puts an enormous amount of work into the squad and whose coaching has made these youngsters the fine players they have become.

I would also like to thank everyone who has texted, emailed or Whatsapped to congratulate the team. Sorry if I haven’t replied to you all, it’s been overwhelming.

The final day has been anticlimactic in some ways.

We lost to Israel the first match and saw Poland extend their lead again. None of the chasers had had a strong game though, so we were still safe in second place.

A strong performance against Estonia saw us extend our lead over the third place to more than 20 VPs.

Poland, on the other hand, had a big win of their own and with 12 VPs guaranteed by the bye in the last round were out of reach. Congratulations for their well-deserved victory.

So, in the last round there was nothing more to play for. Maybe because of that or maybe because for the first time they played on Vugraph, the last match was not our best.

But it didn’t matter. It was then time for the medal ceremony and for a long night of celebration; given that some of them this morning were still wearing the same clothes than the evening before, I suspect there hasn’t been much sleeping!
All the team will soon go to Italy (with some more members of the squad) to play in the World Transnational.

We wish them the very best of luck and we will be following them with trepidation.

By Giorgio Provenza
England U16 NPC